When Herod saw that he had been tricked by the wise men, he was infuriated, and he sent and killed all the children in and around Bethlehem who were two years old or under, according to the time that he had learned from the wise men. Then was fulfilled what had been spoken through the prophet Jeremiah: “A voice was heard in Ramah, wailing and loud lamentation, Rachel weeping for her children; she refused to be consoled, because they are no more.” — Matthew 2:16-18 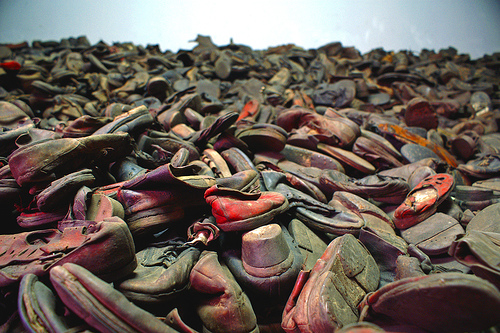 Today is Childermas. You might not have heard of it. My spellcheck hasn’t. The story goes like this: There were rumors that a king had been born that was a threat to those in power. So, Herod sent and slew all the boys in Bethlehem who were two years old or under. He had intended to include the Son of God among the murdered babies. In Roman Catholic mass today, on this 4th day of Christmas, no Gloria in Excelsis or Alleluias are spoken.

Mass killings of innocent children are nothing new, and yet it doesn’t hurt any less. In the week following Sandy Hook we paused to remember, but collectively we seem to stop mourning after a week, for fear of becoming numb.

Every hour there is another Sandy Hook in the world. Every hour 30 innocent children die of AIDS—deaths preventable by medication. Our news cycle doesn’t spend much time covering this epidemic, out of fear of a drop in ratings.

Since 2001, it is estimated by different studies that more than 60,000 innocent children have been killed in Iraq and Afghanistan. Countless other countries can tally up even higher numbers of children that were killed with weapons bought with our tax dollars or who have simply disappeared under the watch of regimes the United States put in power.

It is estimated that 40% of lesbian, gay, bi, transgender and queer youth have attempted suicide, making suicide one of the main causes of death among LGBTQ 15 to 24 year olds. The complacency of our government, our churches, and our own fear about sexuality is killing our children.

One: Enraged, Herod put to death many male children

Many: In Bethlehem of Judea, the city of David.

One: Let us pray. O God, whose praise the martyred Innocents this day proclaimed not by speaking but by dying, put to death all vices within us, that Thy faith which our tongues profess, our lives also by their actions may declare.

A reflection by Andy Oliver.

Andy is the Communicatons and Technology Coordinator serving Reconciling Ministries Network. Andy tweets at @HeyAndyOliver and blogs at http://about.me/andyoliver